As reported in the Sydney Morning Herald, this plan will take advantage of existing infrastructure to make charging opportunities ubiquitous throughout the greater Sydney region.

Ausgrid suggests that there are over 2000 such boxes able to be converted to charging stations.  There are also plans to allow vehicles to use them for free for up to 15 minutes a day - enough to top up a typical electric vehicle by about 45 km, which is in the ball park of the average amount of kilometres travelled per day by motorists in Australia.

So what else do we know about these charging units?

Ausgrid says that they will be able to provide about 7 kWh of energy in 15 minutes. This implies a typical charging speed of about 28 kW.

JOLT's website - http://www.joltcharge.com - is fairly minimal at the moment, but it does point out that the units will use CHAdeMO and CCS2 connectors.  This indicates that they will be DC charging units. 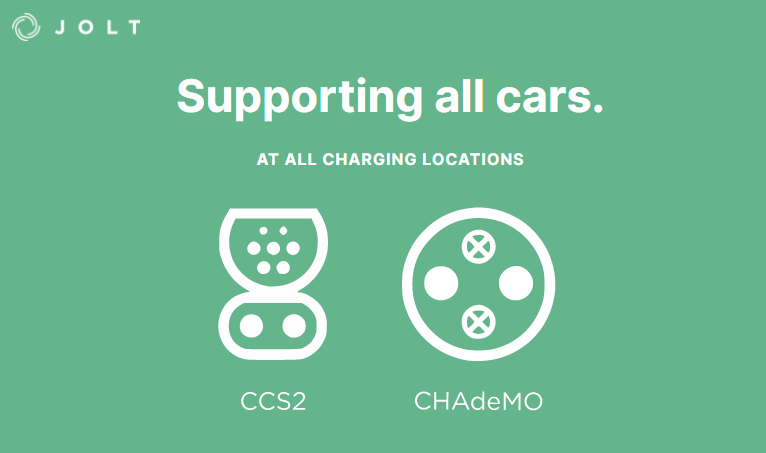 Combined with the charge rate infomation above, a reasonable expectation is that they will be 25 kW DC chargers.

Further investigation reveals a public document on the Northern Beaches Council website which includes the rendered image shown below.  While it is difficult to discern from this angle, it appears to show a kiosk slightly extended at one end to include the necessary charging infrastructure.

It is also possible that this image is an example, and not representative of the final design. 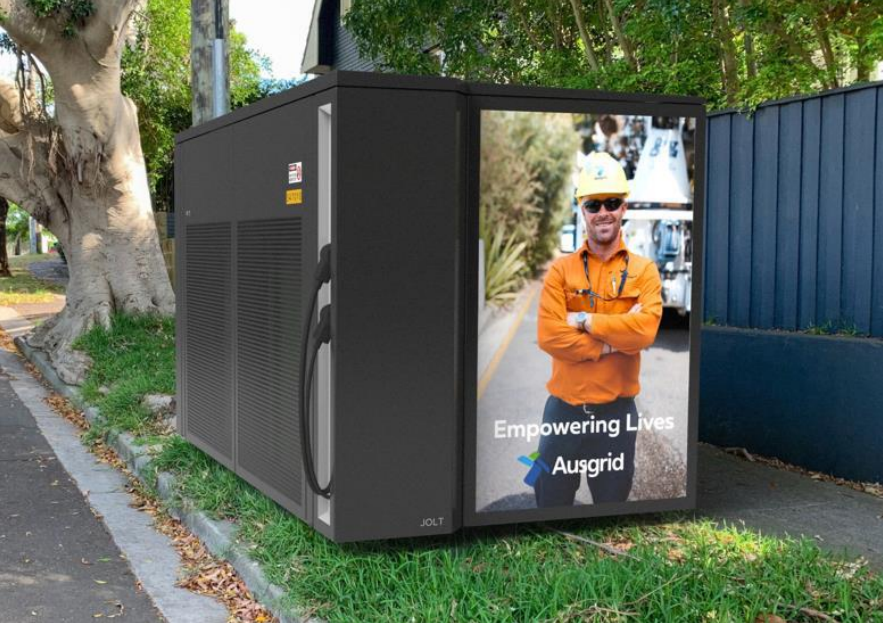 The form factor of the charging unit component does not resemble any existing fast charger design - the closest would be the Hypercharger, although their smallest unit still appears to be wider than the supplied image.  It is possible it is a bespoke unit designed to match the Ausgrid distribution kiosks dimensions.

The charger also appears to include an advertising placard - this aligns with Ausgrid's Investor Presentation from July 2020, where it was noted that they had "Signed [an] agreement with Jolt EV for electric vehicle charging/advertising from distribution kiosks".  JOLT's submission to the Senate Select Committee on Electric Vehicles in 2018 stated that they intended to build a "premium digital outdoor advertising network" in order to support free charging.

JOLT intends to have their first trial unit ready to go before Christmas - so for those in the Ausgrid distribution area, hopefully it won't be long until these units are spotted in the wild!